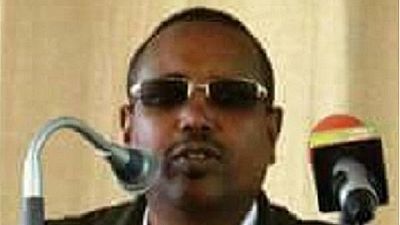 Police in Ethiopia have made arrests over a plot for an ex-regional president to escape prison detention, the local Reporter Ethiopia have disclosed.

Illey is being held at the Qality prison facility from where he is shuttled to court for trial. The arrested persons on August 5 were plotting for his escape whiles on his way to court hearing. The report added that some weapons were also seized in the process.

He was deposed a year ago, in August 2018, with the help of federal troops in the regional capital Jigjiga. He was subsequently arrested, flown to Addis Ababa and charged.

In late January 2019, Ethiopia’s attorney general hinted that his office had concluded investigations into crimes committed in the Somali state, announcing that Abdi Illey and dozens of other officials had plotted to incite a civil war and whiles he had ordered abuses including beheadings.

Rights groups have routinely reported that his administration had set out to provoke ethnic bloodshed and had ordered a paramilitary force to attack minorities.

According to the AG’s office, their five-month investigation, had informed the charges criminal charges leveled against the former regional president adding at the time that 40 other complicit officials were still on the run.

Fifty-eight people died and 266 others were injured during the violence, including a priest set on fire inside a church, the AG’s office said adding that pronouncements by Illey and others encouraging ethnic strife amounted to inciting a civil war.