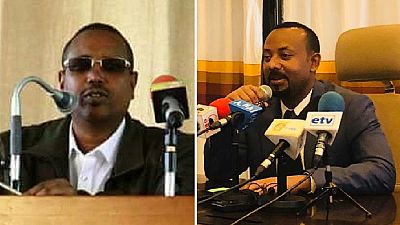 The latest installment on Abdi Mohammed Omer, the former powerful regional president of Ethiopia’s eastern Somali Regional State, SRS, is formal laying of criminal charges against him and over 40 others.

The Attorney General’s office confirmed on Wednesday that the man also known as Abdi Iley was to face charges arising from months of investigation into his conduct in the region.

He is however only one of six people who are being held in detention – main charge of inciting violence – pending the next hearing scheduled for the first week of February 2016.

When Prime Minister Abiy Ahmed took office in early April 2018 with the key promises of undertaking reforms it was not known how long he would go especially with high profile officials.

Abiy’s assurances on respecting human rights and freedoms have since seen concrete results chiefly amongst them that all political prisoners have been released and for the first time in over a decade, there was no journalist jailed for their work, according to Reporters Without Borders 2018 report.

The Prime Minister’s first internal visit was to the then restive regional state’s capital Jigjiga where he met with top officials of the region including then president Abdi Iley.

His regime had routinely been accused of crass human rights abuse which according to human rights watch included torture, rape and killings. The regional paramilitary Liyu Police were cited as the main vehicle of repression.

Beyond the SRS, reports indicated that the Liyu Police were also complicit in cross border clashes with the Oromia regional State which incidents led to deaths and massive displacements.

Then came August 2018 when federal forces were deployed to Jijiga to secure the region and to arrest the regional president. A constitutional back and forth popped up but was sorted to allow federal forces to act.

Abdi Mohammed Omer was arrested after three days of deadly violence in the regional capital. He was flown to the capital Addis Ababa and put under arrest, he had in early August been forced to resign his post.

He has since appeared before the courts with the judges allowing prosecution time to continue their investigations. At one point a report noted that he tried to escape from custody.

He is also on record to have decried the horrid conditions in detention. With the formal charges having been laid, all is set for the commencement of trial for one of Ethiopia’s most powerful politicians who in his prime was said to have had considerable federal backing.

A new regional government is led by a one-time critic of Iley, Mustafa Omer, who has stressed to secure the region whiles allowing people to live freely than under Iley’s watch.

The SRS ruling party is led by the Ethiopian Finance Minister, Ahmed Shide. Both Shide and the new president have the backing of PM Abiy Ahmed. The two met Abiy recently in the wake of a political flare up.

A major political bloc in the region is the returnee ex-rebel group, Ogaden National Liberation Front, ONLF, who have also expressed support for the new leadership, there were the key security target under Iley’s watch.

They returned to Ethiopia from Eritrea after the two governments reached a deal to end a border crisis. ONLF agreed with the federal government to return home to pursue peaceful struggle.

The regions newly found mineral resource has also made it a key economic talking point. The region will be lacing its boots along with the country for general elections slated for 2020.

The once powerful Iley is not alone in the human rights crackdown Ethiopia has in the past months arrested scores on the back of human rights abuses and others for corruption especially in the military-run conglomerate, Metec.

These cases will be a litmus test for the judicial arm of government which is now headed by the first female Chief Justice, Meaza Ashenafi.