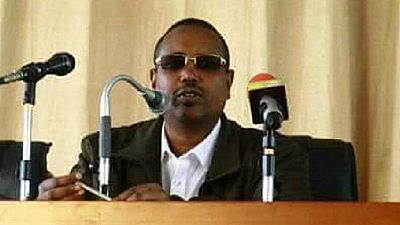 Former President of Ethiopia’s Somali Regional State, Abdi Mohammed Omer, has been charged for inciting violence that plunged the region into deadly chaos in August 20018.

Omer, also popularly referred to as Abdi Illey, has been in federal custody since he was forced out of office last year. He is charged along with over 40 others for similar charges.

Reports indicate that only six out of the lot are in detention. The charges were filed at a federal High Court Criminal Bench sitting in the capital, Addis Ababa. The court is due to reconvene on February 6, 2019.

The court also issued arrest warrants for other complicit parties numbering over 40 who are still at large. They include former head of the region’s notorious paramilitary focre, Liyu Police.

A week ago, Ethiopia’s attorney general hinted that his office had concluded investigations into crimes committed in the Somali state, announcing that Abdi Illey and dozens of other officials had plotted to incite a civil war and whiles he had ordered abuses including beheadings.

Abdi Mohammed Omer was arrested after three days of deadly violence in the regional capital Jijiga in August.

Rights groups have routinely reported that his administration had set out to provoke ethnic bloodshed and had ordered a paramilitary force to attack minorities.

According to the AG’s office, their five-month investigation, had informed the charges laid today but also that 40 other complicit officials were still on the run.

Fifty-eight people died and 266 others were injured during the violence, including a priest set on fire inside a church, the AG’s office said adding that pronouncements by Illey and others encouraging ethnic strife amounted to inciting a civil war.

Abdi Mohammed Omer spent more than a decade in charge of the remote and largely lawless region on the border with Somalia, much of that time spent trying to crush separatist ONLF rebels. Rights groups regularly accused his administration of abuses including torture during the fight with insurgents.

Breaking with the past

The political winds shifted dramatically in Ethiopia when Prime Minister Abiy Ahmed came to power in April, promising to rein in the powerful security services and make peace with separatist groups, such as the ONLF.

Several security officials and senior members of past administrations have been arrested, accused of a range of crimes including corruption and rights abuses.

Government officials said in August that Abdi Mohammed Omer’s administration had sought to mobilise ethnic Somalis to support him as rumours spread that he would be arrested on suspicion of being involved in rights violations.

In November, during investigations into the violence, police uncovered a grave containing at least 200 bodies along the border with Oromiya region.