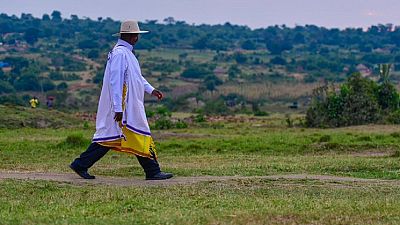 “I told the Somali President that you can’t have a functional government if the system is not organised,” Mr Museveni said, referring to details of his one-on-one talk with Mr Mohamed’s during his last visit, reports the Daily Monitor

Mr Museveni said Somalia should emulate the sacrifices the National Resistance Army (NRA) rebels, the forerunner to UPDF, made during their five-year bush war that catapulted him to power.

While in the bush, there was no pay and when we had just captured power, the pay was so low but these gallant men and women accepted to provide their services. These officers suppressed some of their interests to work for no or low pay to defend the country.

On the same breathe, Museveni urged on Somali leaders to worry less about salary payment to troops but focus on building a strong security force.

“First pacify the country so that the state can be stable and the people will start paying taxes, then you can begin to pay your officers.” added Museveni.

Ugandan Forces with 20 Somali National Forces officers that trained with them recently graduated. Uganda was the first country, in March 2007, to deploy soldiers in Mogadishu under the United Nations-authorised African Union Peace-keeping Mission (Amisom) and the UPDF remains the largest troop contributor to-date.