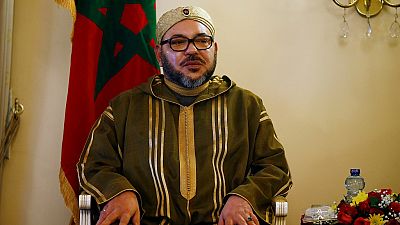 King Mohammed VI promised on Monday a “new step” to reduce Morocco’s “glaring disparities” by announcing in particular a government reshuffle “on the horizon of the next school year” to bring “new blood”.

Mohammed VI was speaking at a speech given in his palace in Tetouan (north) on the occasion of his 20 years of reign, celebrated Tuesday with the traditional “Feast of the Throne”.

His speech was followed by the announcement of 4,764 pardons. Some of them concern detainees of the Hirak protest movement, which had agitated the Rif region (north) in 2016-2017, according to an official statement that gives no further details.

This movement, born after the tragic death of a fishmonger who tried to oppose the seizure of his goods in October 2016, has resulted in hundreds of arrests and convictions.

The building of a “Morocco where blatant disparities are fading (…) requires new skills at different positions and levels of responsibility (…) including the government”, the sovereign said in his speech.

The 55-year-old monarch, who succeeded his father Hassan II in 1999, welcomed the “qualitative leap” in “infrastructure” and praised the “consolidation of rights and freedoms”, against the trend of human rights associations pointing to a “regression”.

But this progress does not have “sufficient impact”, he said, citing in particular “basic social services”.

To bring “new blood”, Mohammed VI asked the head of government, the Islamist Saad-Eddine El Othmani, to submit proposals to him to “renew and enrich the positions of responsibility, both within the government and in the administration” on the “horizon of the next academic year”, theoretically in October for the start of the parliamentary year.

Traditionally in Morocco, the ideological lines of political parties have been more or less important in the formation of coalitions.

And despite the adoption of a new Constitution in 2011, the parties in the government are de facto working under the supervision of a king with very broad powers who outlines the country’s policies and retains control over all strategic sectors.

The current coalition includes Islamists, ex-Communists and technocrats backed by the Palace.

Mohammed VI also announced the establishment of a “special commission” to define the outlines of a “new development model” to “reduce social and spatial inequalities”.

He called for an “assessment of the situation, however painful and painful it may be” and called for “boldness” to find “appropriate solutions”.