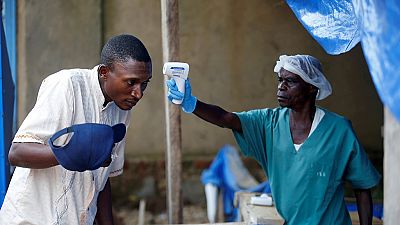 Central African Republic’s health minister Pierre Somse said Thursday the country is “not prepared” for a possible wave of the deadly Ebola virus from neighbouring Democratic Republic of Congo (DRC) where an epidemic has claimed more than 1,700 lives.

The admission comes a week after the World Health Organization (WHO) declared the Ebola outbreak in DRC a “public health emergency of international concern,” a rare designation used only for the most serious epidemics.

No cases of Ebola have so far been reported in the CAR, but “economic and human exchanges are very intense” on the border between the two countries, Somse told a news conference.

“Our livestock farmers sell their cattle in the DR Congo,” he noted. “Rebel groups and poachers go back and forth across the border. The risks are high.”

The CAR “has to formulate a complex response with an under-funded healthcare system,” the WHO’s representative in the country, Severin Von Xylander, told the news conference.

The former French colony, though rich in natural resources, is one of the world’s poorest and most unstable nations.

Nearly a quarter of the 4.5 million population have fled their homes including more than 400,000 who have emigrated including to the DR Congo.

ALSO READ: Inside fight to contain Ebola in DRC