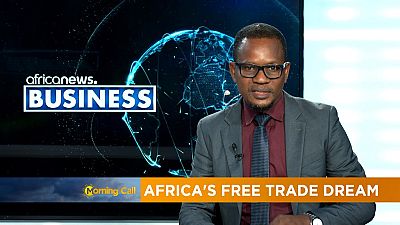 <p><strong>Its no longer news that African leaders on July 7 met in Niger to launch a continental free-trade zone that would if successful unite 1.3 billion people, create a $3.4 trillion economic bloc and usher in a new era of development in the African continent.</strong></p> <p>It is hoped that the African Continental Free Trade Area – the largest since the creation of the World Trade Organization in 1994 – will help unlock Africa’s long-stymied economic potential by boosting intra-regional trade, strengthening supply chains and spreading expertise.</p> <p>African countries trade only about 16% of their goods and services with one another, compared to 65% with European countries.</p> <p>The AU estimates that implementing the African Continental Free Trade Area will lead to a 60% boost in intra-African trade by 2022.</p> <p>If you recall, the free trade hit a hurdle last year when Nigeria pulled out days before the country was due to sign the agreement.</p> <p>Nigeria, Africa’s biggest economy has long been a regional leader hence, when it stalled, observers questioned if the African trade bloc would ever actually happen.</p> <p>President Muhammadu Buhari had said he needed further consultations in Nigeria.</p> <p>Nigeria and Benin, two of the countries that had not yet signed the agreement, joined the African Continental Free Trade Area Argreement (AfCFTA) last Sunday at the opening of the African Union Summit in Niamey, Niger.</p> <p>President of African Union Cimmission, Faki Mahamat said it is one of the most emblematic projects on the African Agenda, adding that the founding fathers will certainly be proud of it.”</p> <p>“The free trade zone, established on May 30, 2019, is the largest exchange area in the world. Africa, with a population of 1 billion 217 million people will reach 1.7 billion in 2030 and 2.7 billion by 2050. That is 26 percent of the world’s working population and almost 70 percent of this population is under the age of 30 and more than half are made up of women,” said Mahamat.</p> <p>Africa has much catching up to do: its intra-regional trade accounted for just 17% of exports in 2017 versus 59% in Asia and 69% in Europe, and Africa has missed out on the economic booms that other trade blocs have experienced in recent decades.</p> <p>Members have committed to eliminate tariffs on most goods, which will increase trade in the region by 15-25% in the medium term, but this would double if these other issues were dealt with, according to International Monetary Fund (<span class="caps">IMF</span>) estimates.</p> <p>The <span class="caps">IMF</span> in a May report described a free-trade zone as a potential “economic game changer” of the kind that has boosted growth in Europe and North America, but it added a note of caution.</p> <p>“Reducing tariffs alone is not sufficient.</p> <p>According to a senior emerging markets economist at Capital Economics, John Ashbourne Nigeria, which relies heavily on oil exports will likely have smaller benefits than others. Nigerian officials have expressed concern that the country could be flooded with low-priced goods.</p> <p>In contrast, South Africa’s manufacturers, which are among the most developed in Africa, could quickly expand outside their usual export markets and into West and North Africa, giving them an advantage over manufacturers from other countries.</p> However, With a strong foundation that has been created, Africa is now better positioned to speak and act as a united entity in global trade negotiations and in the process, leverage her strength to secure trade and investment deals that offer accelerated and inclusive sustainable development for her people. <p>Indeed Africa is, by creating the African Continental Free Trade Area also signalling to the wider world that she is committed to multilateralism and global interdependence.</p>

The free trade zone, established on May 30, 2019, is the largest exchange area in the world.