2019 AFCON will observe cooling breaks due to soaring heat - CAF 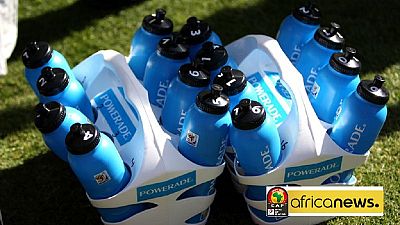 The Confederation of Africa Football, CAF, says it will apply a FIFA rule that allows for two cooling / water breaks during games as a means to combat rising temperatures across host nation, Egypt.

CAF said two three-minute breaks on the half-hour mark and on the 75th-minute mark will be observed during fixtures.

A media advisory title “Medical Report on Temperature during AFCON” read in part: “… the average (dry) temperature in June / July is expected to be between 35°C, with the average humidity of 40% to 60%.

“This will give a high WBGT (Wet Bulb Globe) temperature above 32°C. It is certain that most teams will be aware of this and train accordingly,” the advisory added.

Main highlights of what goes into the water breaks

During the 2014 World Cup in France, FIFA allowed for similar breaks for some games where players and match officials get cold water supplied to them on the pitch.

Fifa said in a statement at the time: “Climate conditions will be evaluated and should the temperature exceed 32 degrees, then the Fifa venue medical office will recommend cooling breaks to the Fifa general coordinator and match commissioner.

“Cooling breaks last three minutes in duration are then implemented by the referee at approximately 30 minutes into the run-of-play in both halves of the match (i.e. around the 30th minute and 75th minute respectively).

“Three minutes will then be added to stoppage time at the end of each half.”