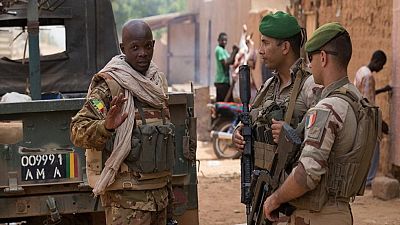 A joint operation by the Malian army and the French anti-jihadist force Barkhane, underway in northeastern Mali, has resulted in the “neutralization” of some 20 jihadists, the Malian Armed Forces (FAMa) announced Saturday evening.

“About 20 terrorists neutralized in #Ménaka. The #FAMa and #Barkhane are conducting a joint operation in the locality of Akabar, in the Ménaka sector. This operation made it possible to neutralize about twenty terrorists,” the Malian army reported on Twitter, without further details.

A jihadist group that calls itself the “Islamic State in the Great Sahara” (EIGS) is mainly active in this region of Ménaka and across the border with Niger.

About 20 terrorists neutralized in #Ménaka. The #FAMa and #Barkhane are conducting a joint operation in the locality of Akabar, in the Ménaka sector. This operation made it possible to neutralize about twenty terrorists.

In particular, he claimed responsibility for the October 2017 attack on Tongo Tongo in Niger. This ambush cost the lives of four American and four Nigerian soldiers.

Northern Mali had fallen in March-April 2012 under the control of jihadist groups, largely dispersed by a military intervention launched in January 2013 at the initiative of France. This intervention continues with Operation Barkhane, which mobilizes some 4,500 soldiers in the Sahel.

But entire areas of Mali are beyond the control of Malian, French and UN forces, despite the signing in 2015 of a peace agreement intended to definitively isolate jihadists.

Since 2015, violence has spread from the North to the centre, and sometimes even to the South. They are very often involved in inter-community conflicts, a phenomenon that also affects neighbouring Burkina Faso and Niger.

The Dogon village of Sobane Da, near Bandiagara (central Mali), was the scene of an attack on the evening of 9 June that killed 35 people, including 24 children.

Violence in the centre of the country culminated in the massacre on 23 March, attributed to Dogon hunters of some 160 Fulani, in the village of Ogossagou, near the border with Burkina Faso.