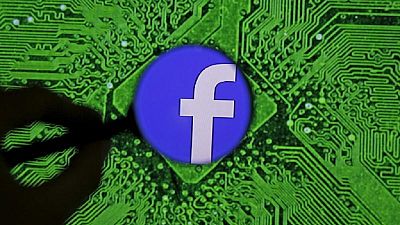 Facebook said Friday it would cut off Huawei from its popular social networking apps to comply with US sanctions, further isolating the Chinese tech giant considered a national security threat by Washington.

The social media giant said it took the step after President Donald Trump’s order barring Huawei from US technology exports over concerns that it works with Chinese intelligence.

The California company said people with existing Huawei smartphones with Facebook apps will continue to be able to use and download app updates provided by Facebook.

The move by Facebook is the latest to isolate Huawei, which had become the world’s second largest smartphone vendor despite security concerns voiced in Washington.

Google last month said it would cut ties to Huawei, making it harder to obtain major apps from the US giant.

The Google decision would leave Huawei without the Play Store, the marketplace for most Android apps, and other elements of the mobile operating system.

Facebook — which is banned in China but has more than two billion users worldwide — said its decision would affect its core social network as well as applications such as Instagram, Messenger and WhatsApp, which each have at least one billion users.

The US sanctions were imposed May 15, but the administration allowed a 90-day compliance period that gives users of Huawei devices time to install updates and avoid a major disruption of the mobile economy.

Huawei has indicated it would create its own operating system to replace the Google Android platform, but would need to develop its own app marketplace as well if it wants to retain users outside China.

To keep up in the smartphone market, Huawei would also need to find a new supply of chips and related hardware, without US suppliers such as Intel, Qualcomm and Broadcom.

To make matters more difficult for Huawei, it will likely be cut off from ARM Holdings, the British designer of semiconductors whose technology is used in most mobile chips.

Trump’s move came amid US concerns that Huawei, a leader in 5G networks, would allow Chinese snooping on the high-speed wireless networks. His administration has also been trying to stop US allies from using Huawei equipment.

Trump told reporters last month that Huawei was “very dangerous” from a security standpoint but then held out the possibility of dropping sanctions on the Chinese firm as part of a trade deal.

The fight over Huawei comes amid a broader trade war between the two largest economies and sanctions imposed by the US president, who accuses China of unfair practices and subsidies.