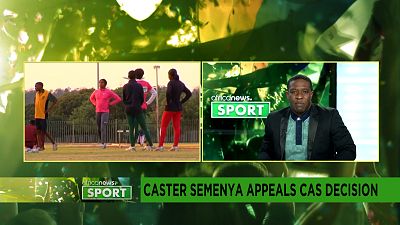 Madrid already hosts the team delegations and players as Tottenham takes on Liverpool FC in an all English finals.

Serge Aurier of Ivory Coast and Kenya’s Victor Wanyama will represent the continent.

I am a woman and I am a world-class athlete. The IAAF will not drug me or stop me from being who I am.

Playing the first Champions league finals in history, the London side is hoping to crown the season with their biggest ever win according to their former player Jermain Jenas who appreciates the coach Mauricio Pochettino.

On the flip side last year’s finalist Liverpool will see four Africans lift the trophy should they win this Saturday. The team has as objective to quickly forget last year’s painful loss to Real Madrid and save a trophy-less season. Senegal’s Sadio Mane will personally want to increase his chances of winning Africa’s best player award by winning come saturday.

The match comes up at 8 pm GMT.

CAF champions league return leg finals tonight as cup holders Esperance of Tunis take a 1-1 away advantage into the finals over Wydad of Casablanca.

The game comes up tonight at 11PM GMT

Olympic 800 metres champion Caster Semenya filed an appeal to Switzerland’s highest court on Wednesday against rules requiring middle-distance female athletes with a high natural level of testosterone to reduce it via medication.

Semenya is quoted to have said “I am a woman and I am a world-class athlete. The IAAF will not drug me or stop me from being who I am.”

Semenya lost an appeal to the Court of Arbitration for Sport on May 1 which ruled the IAAF’s rules were necessary for athletes with differences in sexual development to ensure fairness in competitions.