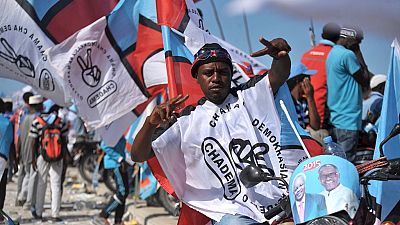 Opposition parties in Tanzania are demanding electoral reforms ahead of local elections in October, and presidential polls next year.

Parties including CCK, NLD, NCCR Mageuzi, Chadema and ACT Wazalendo among others have formed a coalition calling for the creation of an “independent” electoral commission.

“We demand and we are going to fight for the creation of an independent electoral commission,” said Hashim Rungwe, a spokesman for a coalition of eight parties at a press conference in Dar es Salaam.

“The head of the national election commission and other commissioners are named by the president of the Republic, who is currently John Magufuli,” he said, adding that he was also the head of the ruling Chama cha Mapinduzi (CCM).

“All these commissioners are members of CCM, and even on a municipal level, elections are supervised by officials appointed by the president,” said Rungwe.

He said that despite being a multi-party democracy on paper, the CCM was “player and referee”.

According to the Tanzanian constitution, the chair and vice-chair of the electoral body must both be judges from either the high court or court of appeal.

However, the judiciary has been accused by the opposition and civil society of lacking independence.

In 2018, the United States criticised “violence and irregularities” that had marred 70 by-elections in Tanzania, in a statement that sparked an angry rebuttal by the ruling CCM party.

Magufuli, nicknamed “Bulldozer”, was elected in October 2015 with the image of a no-nonsense, corruption-busting man of the people.

However he has drawn increasing criticism for a crackdown on the opposition and freedom of expression.