Gyan back from retirement

Just 48 hours after announcing his international retirement, Ghana striker Asamoah Gyan has bowed to a presidential request to make himself available for next month’s Africa Cup of Nations

‘‘I have taken the request of His Excellency Nana Addo Dankwa Akufo-Addo in good faith, and will make myself available for selection by coach Kwasi Appiah to help win the AFCON trophy,’‘ Gyan tweeted.

A presidential request is one that cannot be disregarded.

I have taken the request of His Excellency Nana Addo Dankwa Akufo-Addo in good faith, and will make myself available for selection by coach Kwasi Appiah to help win the AFCON trophy AnimSammy PrinxRandy BaffourGyan4 pic.twitter.com/WSlHZrjWrd

“The President urged him, in the national interest, to rescind his decision to retire from the Black Stars, and make himself available for selection by coach Kwesi Appiah.”

Football fans across the world are paying tribute to Ghana’s all-time leading goal-scorer Asamoah Gyan who announced his international retirement on Monday.

The news which comes a month before the start of the African Nations Cup, follows shortly after he was removed as the national team’s captain.

Striker Gyan has not featured for the side since September 2017 after persistent injury problems and has also battled for game-time with his Turkish club Kayserispor.

“Upon consultation with my family and team, and as an active footballer and captain of the national team, if the decision of the coach is to give captaincy of the tournament to another player while I am named in the team (squad) of the tournament, I wish to recuse myself from the tournament,” Gyan said in a statement.

“I also wish to retire from the national team permanently,” he said.

The 33-year-old netted 51 goals in 106 international appearances, both Ghana national team records, which includes scoring at six consecutive Nations Cup finals, as well as three World Cups between 2006 and 2014.

Asamoah Gyan has a good claim as one of the most potent Ghana striker at international level.

He deserves some accolades.

Statistics do not lie!!

Asamoah Gyan, indeed you've really paid your dues for Ghana ?? .
We can't talk Ghana football without you.
You've really been through a lot.

I will never forget your first goal in that world cup against the Czech Republic ? pic.twitter.com/p43wppSlVA

I still don't know why Asamoah Gyan spoil that penalty against Uruguay at the World Cup…br>But he is still a legend let's respect him for that ?? pic.twitter.com/sG0WTLt9Ey 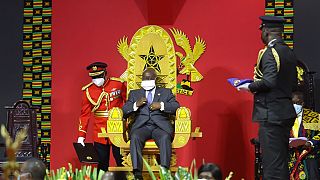 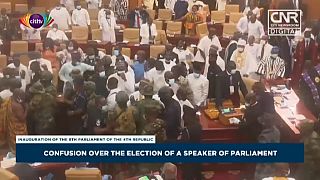