Schwarzenegger resurrects 'Africa is not a country' debate 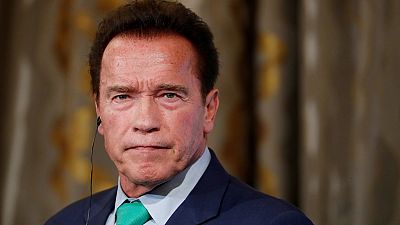 Africans over the weekend called out American entertainment magazine TMZ, for reporting that Arnold Schwarzenegger had been attacked in Africa, rather than specifying that the widely reported incident happened in South Africa.

A video of a man striking the actor and former California governor at a sports event in South Africa on Saturday, was shared online, prompting Schwarzenegger to reassure his fans.

“There is nothing to worry about. I thought I was just jostled by the crowd, which happens a lot,” the star of the “Terminator” films wrote on Twitter, thanking fans for their concern.

Schwarzenegger, 71, was chatting with fans at the Arnold Classic Africa, an event showcasing body-building and other sports, in Johannesburg when he was kicked from behind.

“I only realized I was kicked when I saw the video like all of you. I’m just glad the idiot didn’t interrupt my Snapchat.”

While the assailant was quickly restrained by a security guard, Africans online could not be restrained from attacking the TMZ report that said Schwarzenegger had been attacked on the continent.

Africa is not a country

He was attacked in South Africa. Africa is a continent. Be specific plz.

I am in Lesotho Right inside South Africa but I refuse to share that responsibility. I refuse

If they are too dumb not to know Africa is a continent – that’s their problem not ours as Africans!!!!! https://t.co/gA8AzM4Npl

This is not the first time that Africans have called out Western media and sometimes celebrities for failing to distinguish between specific countries on the continent.