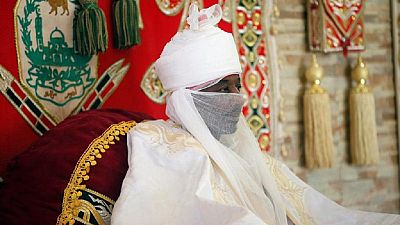 Lawmakers in Nigeria’s north central Kano State have voted to split into five parts, a traditional, religious role of Emir of Kano. A leadership structure that dates back to 200 years.

The Kano State House of Assembly in mid-week passed a law establishing four additional emirates and by that leading to the choice of four first class emirs in the state.

As per the law, the state will have the following emirates: Kano Emirate, Rano Emirate, Gaya Emirate, Karaye Emirate and Bichi Emirates.

The move has been branded as a sponsored plot by the sitting governor Umaru Abdullahi Ganduje to limit the powers and influence of the current Emir of Kano, Mohammed Sanusi II.

Videos making the rounds on social media suggest that the Emir has spoken in harsh words against corruption and misplacement of priorities by the political class, something that had reportedly angered the governor.

A number of lawmakers who opposed the move are said to have walked out of the chamber in protest. “There is no opposition in the House. Those against the law have walked out,” one such lawmaker is quoted to have said.

“The governor wanted to whittle down the influence of Emir Sanusi, so he created the rival emirates and put them on the same level.”

The privately-run DAILY NIGERIAN portal said the law provides for rotational chairmanship of the state council of traditional rulers among the emirs.

The state governor, embroiled in a dollar bribery scandal, is on record to have said that he will assent the law as soon as it reached his desk.

“We heard about a bill sent to the State House of Assembly, requesting them to make a law for the creation of four more Emirs in Kano. We believe the petitioners did it in good faith. And they want the development of the state.

“I hope the legislative arm would work on it and forward to me for assent, which I am ready to sign into law without any waste of time. That is the popular wish of our people. This will also go a long way in hastening growth and development in the state,” the governor added.