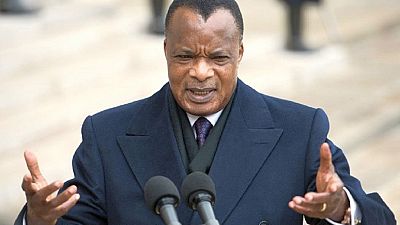 China’s investment strategy in developing countries, by providing “all-in” loans in recent years, has fallen on deaf ears in Congo-Brazzaville, a country that has called on the International Monetary Fund (IMF) to help.

“This is certainly the first time that China has been confronted with this kind of situation,” AFP was assured by a specialist in relations between Beijing and Africa, who wanted to remain anonymous.

Congo “is seeking to put itself under the protection of the IMF to avoid a possible default in payment. China, which holds more than a third of its external debt, is not really comfortable with this procedure,” he noted.

Julien Marcilly, Chief Economist of the French-based credit insurer Coface, points out that China has “lent to countries that produce and export raw materials, particularly oil, in recent years. However, “Beijing is beginning to realize that problems can accumulate”, especially after Venezuela’s non-payment.

The situation in Brazzaville is more worrying as the country benefited in 2005 from a significant debt reduction under the Heavily Indebted Poor Countries (HIPC) initiative, which increased the external debt of the countries concerned from an average of 119% of GDP to 33%.

In 2014, this small oil-rich Central African country suffered the full brunt of the drop in crude oil prices, “an unexpected and very sudden drop, paradoxically linked to the Chinese slowdown”, according to Mr. Marcilly.

The result: a GDP halved, which led to an explosion in its debt to 110% of GDP in 2017, more than a third of which was in Chinese hands, or about $2 billion, according to sources.

To cope, the Congolese government called on the IMF, the lender of last resort, to help. An agreement was reached a year ago, subject to IMF approval.

A year later, the program is still not validated. The IMF imposes the condition that the debt must be sustainable “at the end of the programme and the reforms put in place”, a French source explained.

Debt restructuring is therefore necessary, and an agreement with China is essential for IMF assistance.

However, Beijing does not have this habit. Sri Lanka, for example, unable to meet its debts, had to give China control of a deepwater port for 99 years.

When questioned by the AFP, neither the IMF nor the Chinese authorities wanted to express themselves.