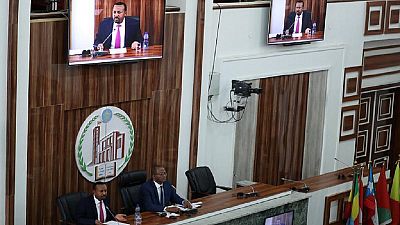 He had been in the diplomatic role since 2016, he is from the Oromia region. The region’s president has also moved to take a federal post as Defense Minister, taking over from Aisha Mohammed, Ethiopia’s first female holder of the portfolio.

She has been appointed minister of Urban Development and Construction, a position she once held. She worked as Minister of Tourism and Culture before taking the historic Defense post in 2018. She replaces Jantirar Abay, who was from the Amhara region.

All three appointees have since been sworn into office by Chief Justice Meaza Ashenafi in the House of Peoples Representatives. Ashenafi also became first female CJ on her appointment.