UNMISS welcomes the swearing-in of members of Transitional National Legislature 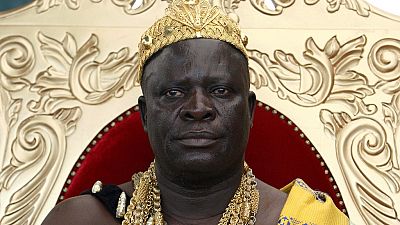 Citing strong links between his kingdom and France, an Ivorian king says he will contribute financially to the rebuilding of the ravaged Notre-Dame Cathedral in Paris.

King Amon N’Douffou V of Krindjabo, capital of the Sanwi Kingdom, in southeastern Ivory Coast said he was in consultations with his elders over the intended donation.

“I am in full consultation with my elders, we will make a donation for the reconstruction of this monument,” he told the AFP news agency.

The pictures (of the fire) disturbed my sleep and I could not spend the night, because this cathedral represents a strong link between my kingdom and France.

“The pictures (of the fire) disturbed my sleep and I could not spend the night, because this cathedral represents a strong link between my kingdom (the Sanwi, a French protectorate since July 1843) and France,” he added.

The royal oversees the Akan kingdom – large ethnic group that extends from Ivory Coast to Togo. The link he was referring to is of how a prince of the kingdom was in the 1700s taken to France and subsequently baptized in the cathedral.

Then 15-year-old Prince Aniaba was taken to France in 1687 by one Chevalier d’Amon as a pledge of fidelity to Louis XIV. He took the name of his godfather after baptism.

He became Louis Aniaba, before being appointed officer in the Royal Regiment, with the rank of captain.

Louis XIV honoured the prince with the “Order of the Star of Our Lady” and on February 12, 1701, he received the insignia of his order in Notre-Dame Cathedral before returning to Ivory Coast.