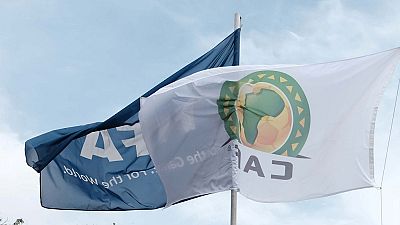 Confederation of African Football (CAF) president, Ahmad Ahmad has been accused of corruption and abuse of office, in what could potentially be the latest scandal to rock the football world.

A senior official, Amr Fahmy, who levelled the allegations against the president was fired after he accused his boss of bribes and misuse of hundreds of thousands of dollars, according to officials and an internal document.

What is Ahmad accused of?

The document, sent on March 31 by Egypt’s Fahmy to a FIFA body that investigates alleged ethics breaches and seen by Reuters, accuses Ahmad of ordering his secretary-general to pay $20,000 bribes into accounts of African football association presidents.

They included Cape Verde and Tanzania.

Furthermore, it accuses him of harassing four female CAF staff, whom it did not name; violating statutes to increase Moroccan representation within the organisation; and over-spending more than $400,000 of CAF money on cars in Egypt and Madagascar, where a satellite office has been set up for him.

Senior CAF officials, speaking on condition of anonymity, said Fahmy was fired after compiling the document with the allegations against Ahmad, from Madagascar, who took the top African soccer post two years ago.

CAF confirmed to Reuters that Fahmy lost his job at an executive committee meeting in Cairo on Thursday, prior to the draw for the Africa Cup of Nations finals.

It declined to give more details about the reason for his dismissal.

Fahmy was replaced by Mouad Hajji, from Morocco.

Ahmad, who is also a vice-president of world governing body FIFA, did not respond to requests for comment on the allegations against him.

Requests for comment to the football presidents and authorities of Cape Verde and Tanzania, and to Tactical Steel in France, were also not immediately answered.

The allegations against Ahmad follow a string of scandals related to FIFA’s practices in Latin America and Asia in recent years, which have led to the indictment and jailing of numerous senior football administrators.

The corruption scandals first broke in 2015.

The CAF case is potentially problematic for FIFA president Gianni Infantino – set to be re-elected unopposed in June for a four-year term – as Ahmad is one of his deputies.

“The Ethics Committee does not comment on potential ongoing proceedings nor on whether or not investigations are underway into alleged ethics cases,” a spokesperson said.

Ahmad, 59, served as Minister of Fisheries in Madagascar and in the country’s senate before a quick rise to the CAF presidency. His accuser Fahmy, 35, was appointed as general secretary in late 2017, keeping up a family tradition that stretches across three generations.