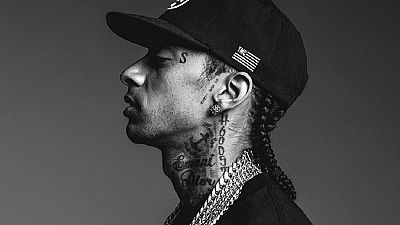 Eritreans and several Africans across the continent took to social media on Monday to mourn the fallen rapper Nipsey Hussle, who was shot dead in the US city of Los Angeles over the weekend.

Local media reported that 33-year-old Hussle was shot in front of his own clothing store Sunday afternoon at close range, by a man who fled in a getaway car.

Celebrities rappers and the community in Los Angeles expressed their shock and grief at the death of the Grammy-nominated rapper who was highly revered among his peers.

Born Ermias Asghedom to an Eritrean immigrant and an African-American mother, Hussle, always spoke vividly about his Eritrean heritage.

Meskel shared an interview that Hussle did when he visited Eritrea with his brother and father last year.

What Hussle said about Eritrea

Asked what being Eritrean meant to him; Hustle said it gives him the greatest pride.

‘‘The history of our country, our struggle and the underdog story, the resilience of the people and our integrity is something that I feel pride in being attached to,’‘ Hussle said.

He also said he was proud of the meaning attached to his name, Nipsey, in the Tigrigna language spoken across Eritrea.

‘Nebsi’, in Tigrigna literally translates to ‘self’ and as a slang refers to ‘home boy’ or just ‘homie’.

‘‘Therefore, the meaning that we have of your name is either ‘self-hustle’ or ‘the hustle of a hommie’. Would you want to officially correct it in our national newspaper now?,’‘ the rapper was told by his interviewer Billion Temesghen.

To which Hussle replied,

‘‘I was educated about the Tigrigna link to my name recently and I am just so glad it makes sense in Tigrigna and there is no need at all to correct it. Let it be the way it is. That is how I want to keep it with my Eritrean friends and fans.’‘

Hours before his death Hussle — whose youth was intertwined with Los Angeles gang culture — tweeted: “Having strong enemies is a blessing.”

It was his first formal album, which dropped after six years of teasing but ultimately lost the honor to rap’s woman of the moment Cardi B.

Hussle was seen by many in Los Angeles as a lynchpin of the community, redistributing his earnings into the violence-plagued neighborhoods he came from.

The artist was involved in a project to reclaim the California city’s southern districts for the black residents who made it sing.

“Hussle had a vision of a neighborhood built for and by the sons and daughters of South L.A.” said city councilman Marqueece Harris-Dawson in a statement following news of the rapper’s death.

“During his life, he moved from shadows into the bright hope of freedom and community revitalization.”

Hussle was open about his early years in the notorious Crips gang, telling the Los Angeles Times newspaper in 2018: “We dealt with death, with murder.”

“It was like living in a war zone, where people die on these blocks and everybody is a little bit immune to it,” he said.

“I guess they call it post-traumatic stress, when you have people that have been at war for such a long time.”