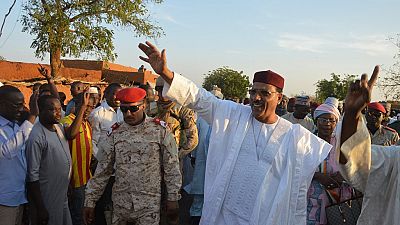 <p>Niger President Mahamadou Issoufou has given a strong signal that he is ready to leave office in 2021 when his current term of office expires. Issoufou became president in 2011 and secured re-election in 2016. </p> <p>The ruling Nigerian Party for Democracy and Socialism, <span class="caps">PNDS</span>, over the weekend elected interior minister, Mohamed Bazoum, as its presidential candidate with two clear years to the next polls. </p> <p>The nomination and selection of Bazoum which took place at the Palais des Congrès in the capital, Niamey, was broadcast by several television stations, in front of thousands of activists from the 50 or so parties under the ruling coalition.</p> <p>In a speech, Mr. Bazoum “paid tribute” to President Issoufou and indicated that his nomination was “the first act that symbolizes the fulfillment of Mr. Issoufou’s desire to respect” the law on the limitation of mandates (two five-year terms).</p> <blockquote class="twitter-tweet" data-lang="en"><p lang="fr" dir="ltr"><a href="https://twitter.com/hashtag/PNDS?src=hash&ref_src=twsrc%5Etfw">#PNDS</a> <a href="https://twitter.com/hashtag/TARAYYA?src=hash&ref_src=twsrc%5Etfw">#TARAYYA</a><br /> Cérémonie officielle d’ouverture du congrès extraordinaire d’investiture à la Candidature aux élections présidentielles de #2021 <a href="https://t.co/22PDALDL8C">pic.twitter.com/22PDALDL8C</a></p>— Mohamed Bazoum (@mohamedbazoum) <a href="https://twitter.com/mohamedbazoum/status/1112326512240402432?ref_src=twsrc%5Etfw">March 31, 2019</a></blockquote> <script async src="https://platform.twitter.com/widgets.js" charset="utf-8"></script> <p>The 59-year-old Bazoum is a close friend of Mr. Issoufou, whose decision to leave after the expiration of his mandate will be seen as progressive unlike others in the region who have altered laws to stay in office.</p> <p>The candidate has been Minister of the Interior since April 2016, having previously served as a deputy minister and holding the Minister of Foreign Affairs post. Political watchers have labeled him one of the most powerful men in the country since the election of Mr. Issoufou.</p> <p>Originally from the Arab minority ethnic group, he is a native of N’Gourti, in the Diffa region (south-east), an area that has suffered deadly terrorist attacks by the Nigerian insurgent group, Boko Haram.</p> <p>Two of his main opponents come 2021 have already been picked in early March in the persons of Seïni Oumarou, leader of the National Movement for the Social Development (<span class="caps">MNSD</span>), the party of ex-president Mamadou Tandja. </p> <p>Tandja was overthrown by a military coup in 2010 after ten years in office. The other is Mahamane Ousmane, a former president between 1993 and 1996. The two placed 3rd and 4th respectively in the 2016 ballot, which they strongly contested. The second placed candidate was exiled former Prime Minister Hama Amadou.</p> 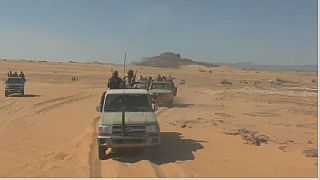 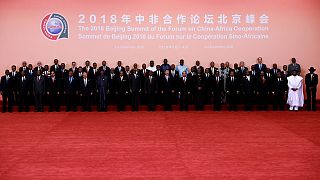 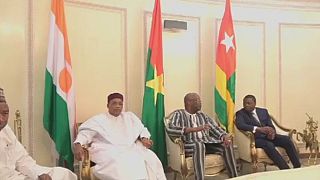