One more to go: AU celebrates Ethiopia's ratification of AfCFTA 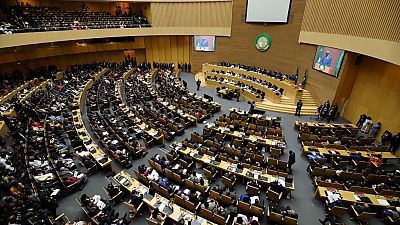 Ethiopia’s parliament on Thursday approved the membership of the country into the Africa Continental Free Trade Agreement (AfCFTA), bringing the number of ratifications across the continent to 21.

The African Union Commissioner for Trade and Industry, Albert Muchanga took to Twitter to celebrate the news, describing the decision as timely and historic.

‘‘One more parliamentary approval and we move towards launch of the operational phase of AfCFTA,’‘ read part of Muchanga’s tweet.

Good news! Parliament of #Ethiopia has today, APPROVED ratification of the Agreement Establishing the #AfCFTA, on its 1st Anniversary. Headquarters of AU among 21, historic feat & legacy! 1 more PARLIAMENTARY APPROVAL & we move towards launch of the operational phase of AfCFTA. pic.twitter.com/OWT3P4NPxu

While up to 44 African countries enacted the AfCFTA last year in Rwanda, 22 ratifications are required to effectively bring the agreement into force.