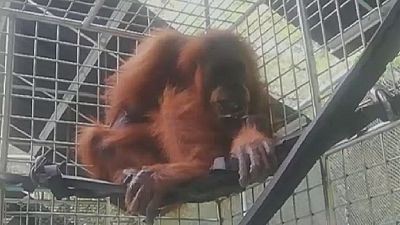 On the Indonesian Island of Sumatra, Orangutans are considered a threat to farmers. Hope, a 30-year-old Orangutan female, has suffered from this terrible reality.

She was found in critical condition with her one-month-old baby after receiving 74 bullets from a compressed air gun under a jack-fruit tree in a plantation owned by a villager. Conservationists immediately saved the animal, but her baby died of malnutrition.

“At first, there were conflicts. The orangutans came to a local farm and were considered a threat by the farm owner “, said Chief of Aceh Conservation Agency, Sapto Aji Probowo.

There was clearly an attempt to steal the baby orangutan that could have been intended to take it as a pet or to sell it.

It is relatively common for animals to become trapped when they encroach on farmers’ territories.

“A local resident asked us for compensation because the person had been attacked by the adult orangutan. It turned out that the person had tried to take the baby orangutan away “, Probowo added.

A series of fatal attacks on apes have been attributed to farmers and hunters. An activity that threatens the extinction of the apes. The causes of shots fired have not yet been established.

“ Is this a simple incident or was the mafia involved? Because there was clearly an attempt to steal the baby orangutan that could have been intended to take it as a pet or to sell it. We will examine this case “, said Jefrizal, head of enforcement at Aceh Conservation Agency.

Massive deforestation and human hostility are increasingly threatening the survival of these apes.

Currently, only about 100,000 apes of this species are in the wild worldwide. 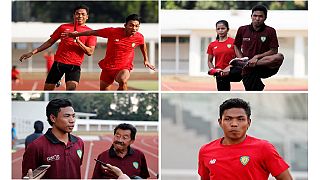