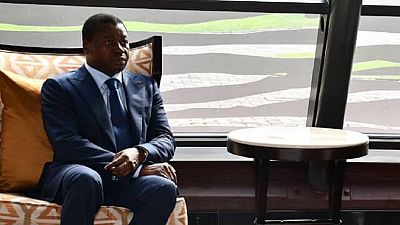 Gnassingbe met with President Tshisekedi on Friday in what he said was a visit to apologize and felicitate. Apologize for failing to attend the swearing in ceremony in January this year.

He said it was the more reason why he had personally made the trip to Kinshasa to congratulate Tshisekedi and to boost existing fraternal relations between the two countries.

Since taking office, Tshisekedi has made trips within the southern (Angola, Namibia) and central African (Congo Republic) regions. He has also visited Kenya twice – on an official visit and recently for a United Nations environment assembly.

He also attended the 32nd African Union, AU, ordinary session in February this year in Addis Ababa, Ethiopia. He has yet to visit West and North Africa.

Tshisekedi took over from Kabila after emerging winner of presidential polls held in December 2018. The outcome of the vote was contested but dismissed by the Constitutional Court.

Main opposition candidate Martin Fayulu who run on the ticket of a coalition has insisted that he was the true winner of the polls. His claims are backed by independent electoral observers and the influential Catholic Church.