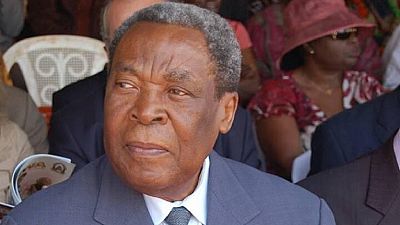 The Cameroonian Senate on Thursday (March 14) reelected Speaker Niat Njifenji Marcel for a one-year period according to reports.

The 84-year-old veteran politician has served in the role since 2013. State broadcaster, CRTV, said he was a sole candidate in the vote to lead the lawmaking chamber. The senate has 100 members – 70 voted into the house and 30 appointed by the president.

After the end of an ordinary session in Yaounde, he garnered 92 out of 100 possible votes. Seven votes were not in favour of the motion whiles one senator was absent.

He was subsequently sworn in and he took charge of the current session, a local news portal Cameroon 24 confirmed. The speaker is among a group of senators who other than being voted, were appointed to the senate by presidential perogative.

President Paul Biya appointed him senator in 2013 when the upper lawmaking chamber was established. He is a member of the ruling party, the Cameroon People’s Democratic Movement (know by French initial RDPC).

By law he is the next in line to succeed the president in the case of death. He would lead as head of state till polls are held but he is not permitted to contest in the said polls.

He has previously served a head of the national electricity company and minister in the early 1990s. He has also served as mayor of Bagagngte, his place of birth in western Cameroon.

Hon.Cavayè Yengui Djibril has reelected president of the National Assembly.
The 79 years old parliamentarian from Mayo Sava Divsion in the Far North of Cameroon has been occupying that position for 27 years. pic.twitter.com/MYpLlM6KID