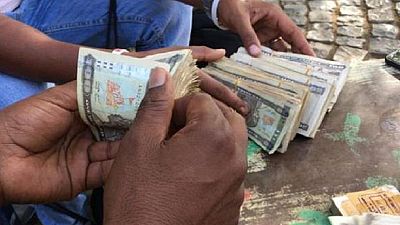 The reopening of borders shut over two decades ago has often come with multi-pronged advantages, from the communal, familial and person – to – person exchanges.

Another core point is of the business interaction especially between people crossing from Ethiopia – the Horn of Africa’s biggest economy into the yearning Eritrean market keen for products.

The BBC’s Tigrinya service reports of a business boom at a crossing point opened in January this year. A core observation of the reopening being the exchange of currency. The Ethiopian Birr for the Eritrean Nakfa and vice versa.

Traders with materials are crossing from Ethiopia into Eritrea with reports showing long queues of trucks waiting for clearance. There is also a thriving market for beds heading to Asmara and other towns.

In the first week of January, Ethiopia Prime Minister Abiy Ahmed and the Eritrean President Isaias Afwerki met to open a border crossing along their common border – the Omhajer – Humera crossing point near the Sudan border.

It was the second such opening after the September 2018 event that saw both leaders and their delegations open two major crossings at Bure and Zalambessa.

A peace deal reached in July 2018 meant that the two nations restored all ties of friendship severed by a bitter border war that claimed the lives of thousands. The Ethiopian PM is largely hailed for his instrumentality in promising, offering and delivering peace.

Since the restoration of all friendly ties, telephone lines have been restored, they have exchanged ambassadors and reopened embassies, flights have resumed between them and the effect of that one deal has spread across the region.

Political and humanitarian watchers have however reported a shoot in the number of Eritrean refugees arriving into Ethiopia since borders were opened.