Haiti is experiencing a new day of tension as anti-government protest escalates on Tuesday.

Protesters continue to press home their demand on president Jovenel Moïse to step down. Tuesday’s protest turned chaotic while six people have reportedly died since the protest begun last Thursday.

The news agency said 78 people of a prison in a small town of the South Coast escaped and the exact circumstance of the escape are not yet known according to spokesman for the National police of Haiti.

The city center of the Haitian capital of Port-au-Prince was the scene of clashes between the police and hundreds of protesters in working-class neighbourhoods.

AFP said a young man was shot dead at a junction near the presidential palace.

Locals have been raging with frustration over growing social inequalities, aggravated by systemic corruption. 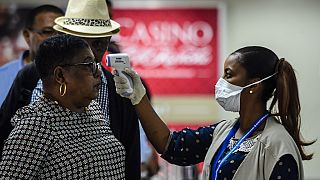