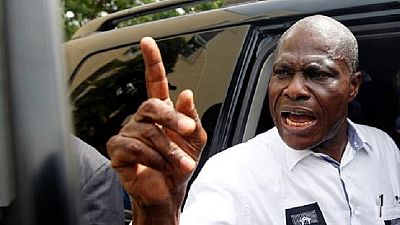 Martin Fayulu, the second-placed candidate in the Democratic Republic of Congo’s December 2018 elections has launched a call for fresh polls to be held in the country.

The call is his latest ‘protest’ of the results of the election which he insists was cooked up to plant incumbent Tshisekedi in office as per the wishes of former President Joseph Kabila.

Fayulu’s call was contained in a letter he wrote to African leaders whoe were attending the 32nd Ordinary Heads of State summit in the Ethiopian capital, Addis Ababa, over the weekend.

The letter posted on his Twitter handle asked that the proposed poll be held within six months. Fayulu reiterated his claims that the results of the polls were not a reflection of the will of Congolese voters.

The letter dated February 8, 2019 was dated to African leaders attending the summit and was titled: Post electoral crisis in the DRC. The AU has not acknowledged receipt of the letter.

President Tshisekedi was in Addis Ababa for the summit, his first since being sworn into office in January 2019. He met with a number of counterparts across the region – especially with Rwanda’s Paul Kagame, Kenya’s Uhuru Kenyatta and South Africa’s Cyril Ramaphosa.

Tshisekedi, son of a veteran opposition leader, Etienne Tshisekedi, won the polls with over 38% of votes as against Fayulu’s 34.8% according to official results.

Fayulu, who led the Lamuka coalition stresses that he won the vote with over 60% of valid votes even though the Constitutional Court threw out a petition that he filed against the result. He has since called for peaceful protests against the result.

The influential Catholic Church and reportedly leaked official results also back the claim that Fayulu had won the vote. Political watchers say some deal of sorts must have been brokered between Kabila and the new president but both parties have rubbished the claims.

Tshisekedi became the first opposition candidate to win the presidency whiles the handing over of power became the first in the history of the country since independence from Belgium in 1960. Power transitions have been by assassinations and ousters in the past. 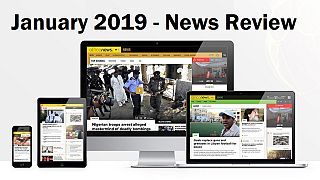 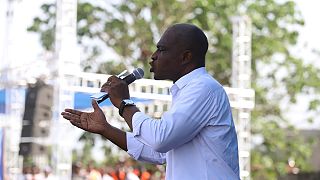 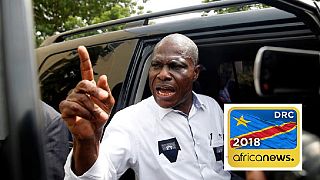