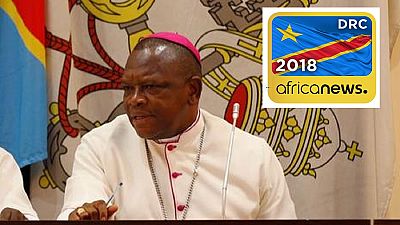 Leader of the Catholic Church in the Democratic Republic of the Congo, DRC, says he is worried that outgoing Kabila will continue to control affairs of state even after he officially exits office.

In an interview with French broadcaster, RFI, Fridolin Ambongo, archbishop of the capital Kinshasa, said there was a palpable fear that Tshisekedi who was declared president-elect could have little room for maneuver.

“I am very worried that the same system will continue with the new president,” Archbishop Ambongo told RFI. On the upcoming swearing in of the new president, he said the church will consider whether to atten or not.

He, however, stressed that they will continue to scrutinize the first steps of Tshisekedi who they hope would stick to his pledge to better the lives of ordinary Congolese.

Tshisekedi was declared winner of the December 30, 2018 presidential poll, a victory that has since been confirmed by the Constitutional Court. The court dismissed a poll petition filed by the second-place Martin Fayulu.

Fayulu is widely believed to have won the polls according to diplomatic sources and election observers. Analysts say a ‘deal’ between Kabila and Tshisekedi meant that Fayulu will be denied victory. Both government and the CACH coalition Tshisekedi leads have denied both claims.

The Church plays an influential role in DRC politics. It has been behind political negotiations and protests calling for government to hold polls. It was the first group to announce that the polls produced one clear winner going by its tallies – 40,000 observers.