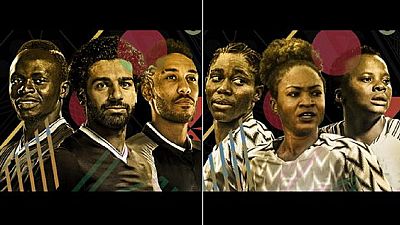 The Confederation of African Football (CAF)has announced the shortlist for the best footballers on the continent in the men’s and women’s categories.

The winner of the prestigious African Player of the Year accolade will be crowned on January 8, at the CAF Awards gala in Dakar, Senegal.

Salah won the award last year after scoring 44 goals in all competitions during his first season at Anfield.

In the women’s category, Nigerian duo Asisat Oshoala and Francisca Ordega, and South African Chrestinah Thembi Kgatlana made the final three for the Women’s Player of the Year 2018.

Oshoala has won the award three times, including the previosu two editions in 2016 and 2017.

While the 24-year-old and her compatriot Ordega helped Nigeria’s Super Falcons to successively defend their title at last year’s Women’s Africa Cup of Nations (AWCON), 22-year-old Kgatlana, was the star of the last AWCON, scooping the Most Valuable Player and Top scorer accolades.

At the awards gala, the best coaches and most outstanding national teams will also be named.

The award is voted for by the national team coaches and captains of CAF’s 56 member associations.