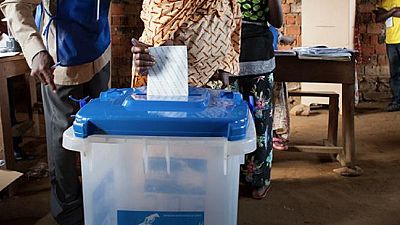 Heavy downpour hits kinshasa, the capital of the Democratic Republic of Congo, on Sunday shortly before the opening of polling stations to voters, at 5:00 GMT east African time.

Voting machines in polling stations were being set up by the agents at the time only to be greeted by the rains . A few voters arrived to check their names on the list.

According to reports although some few residents were sighted casting their vote, other polling stations in the city were still closed 90 minutes after polls opened at 0600 (0400 GMT).

The country plagued by authoritarian rule, coups and civil wars since independence from Belgium in 1960, is set to oust the leadership of President Joseph Kabila in power since 2001.