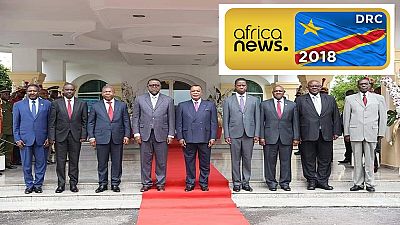 A delegation of foreign affairs ministers from two regional blocs will meet with President Joseph Kabila of the Democratic Republic of Congo, DRC, on Thursday.

Ministers from the Southern African Development Commission, SADC, and the International Conference on Great Lakes Region, ICGLR, are expected to brief Kabila on resolutions reached after a summit held in Brazzaville on Wednesday.

Leaders from both blocs met to discuss the electoral process in DRC with their major concern being the spate of violence even as Congolese wait to cast their ballots on December 30.

The violence “in certain localities of the country” “is likely to compromise the serenity of the voters”, according to the final communiqué of the regional summit.

The communiqué does not provide further details on the violence. About ten people died during the campaign, according to various sources in the DRC. The government has disputed these figures.

Kinshasa did not send a representative to the meeting which had presidents of Namibia, Angola, Zambia, Botswana along with their host, Congo republic president Denis Sassou Nguesso.

The December 30 date was reached according to the elections body, CENI, after an inferno destroyed voting material meant for the capital, Kinshasa. The original date was December 23.

Three other countries closely monitoring the situation in the DRC were only represented at lower levels: Rwanda by its Foreign Minister, and Uganda and South Africa by diplomats.

On the same day that the mini-summit was taking place, CENI announced postponement of polls in three cities known to be strongholds of the opposition – Beni, Butembo and Yumbi.

The first two cities because of the Ebola outbreak whiles in Yumbi, insecurity was cited as the main issue. An estimated 1.2 million voters will not be able to cast their ballots until March 2019, CENI added. 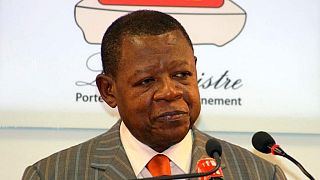