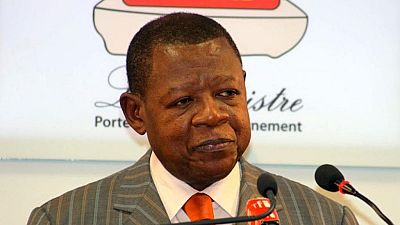 Government spokesman Lambert Mende blasted Macron for “dog-whistle remarks” that he made last Wednesday in Paris after meeting with Rwandan President Paul Kagame, who is also the AU’s current chair.

“We do not accuse the French president of anything. The question is about knowing what may have been said between him, because he spoke about it and the president of Rwanda concerning the DRC without us knowing about,’‘ Mende said.

No-one has the right to envisage solutions to our problems without us.

Angola President Joao Lourenco arrived in Paris on Monday and voiced his support for agreements that provide for elections to be held in DRC in December this year.

“The subject we are dealing with is not a conspiracy but the great need to show President Kabila that he must respect the agreements. I will meet President Kabila in the coming days to continue discussions with him until the elections,’‘ explained Lourenço.

Tensions in DRC are rising ahead of the presidential elections scheduled for December 23.

Countries in central Africa are casting a worried eye, amid fears that the sprawling, volatile state could spiral once more into war, possibly drawing them into it.

DRC President Joseph Kabila has been in power since 2001 and should have stepped down at the end of 2016 after he reached his two-term constitutional limit. However, a constitutional clause has allowed him to remain in office until his successor is elected.

His presidency has been stained by a reputation for corruption, oppression of free speech and poor governance.

The DRC’s armed forces are struggling to repress conflict in the vast, lawless east, which is under the sway of multiple rebel groups.

DRC warns of ‘foreign solutions’ to its problems

“When the answer comes, if it is unsatisfactory, you can be sure that we will draw all the consequences,” Mende said.

“No-one has the right to envisage solutions to our problems without us,” he said, condemning “people who are nostalgic for the colonial order” and “closed-door meetings and open plotting against our country’s sovereignty.”

The representatives of France, Rwanda and Angola were called to the foreign ministry in Kinshasa on Saturday after Macron’s remarks.