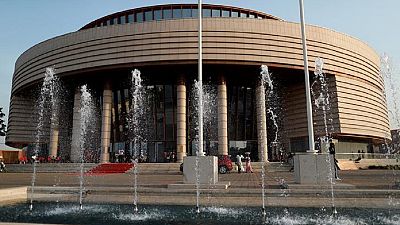 Senegalese President Macky Sall inaugurated the Museum of Black Civilizations in Dakar on Thursday. The establishment intended to celebrate the achievements of the black man from the beginnings of humanity to the present day, is a fifty two-year-old dream come true.

At the opening ceremony held in the Grand National Theater, guests were treated to a show combining tradition and modernity, tributes to ancestors, the great figures of black civilisations, from Martin Luther King to Thomas Sankara, and the “Senegalese skirmishers”.

“The Museum of Black Civilizations is indeed joining a long-term dynamic. Dynamics of confluences and symphony between African and Afro-descendants, united in the affirmation of their values of culture and civilization,” said Senegalese President, Macky Sall.

This museum is a response to the aspirations of African children to better understand their memory and other cultures.

The museum’s catalogue is pan-African with works not only from Africa but also from the Caribbean.

The inauguration comes at a time when the cultural world in French-speaking Africa is in turmoil after the French authorities resolved to return part of the continent’s heritage.

UNESCO hopes that this initiative will contribute to advancing the aspirations of Africans to better appropriate their memory.

For his part, Ernesto O. Ramirez, Assistant Director-General for Culture of UNESCO said, “This museum is a response to the aspirations of African children to better understand their memory and other cultures. It is also an important step towards the realization of an Africa with a strong cultural identity: a common heritage, values and ethics.”

The idea of a museum of Black Civilizations was nursed by first Senegalese President Léopold Sédar Senghor in 1966. Financed by China at more than 30 million euros, the structure has a capacity for 18,000 exhibits.