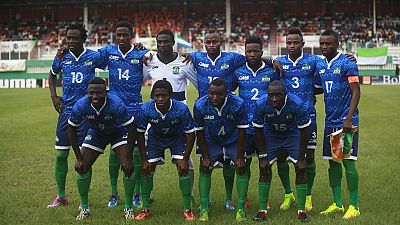 North African football teams have dominated the sport on the African continent this year, winning the Championship of African Nations (CHAN), CAF Champions League and now the African Confederation Cup.

Morocco’s Raja Casablanca on Sunday lifted the continent’s second biggest club competition, after defeating AS Vita Club of the Democratic Republic of Congo (4-3) on aggregate.

Raja won the first match of the two-legged final (3-0), before losing to a spirited Vital club (1-3) in the return leg.

The Confederation Cup is Africa’s second annual club competition, open to national cup winners as well as third-place league finishers from those countries which have an added berth.

The biggest club competition on the continent was contested by two North African sides; Egypt’s Al Alhy and Tunisia’s Esperance.

Esperance went on to win the two-legged final and lift the CAF Champions League for the third time in the club’s history. They also won the championship in 1994 and 2011.

Ahly had hoped to extend their record of eight titles by winning for the first time since 2013.

Another North African side, Morocco’s national team started the year by lifting this year’s edition of the Championship of African Nations (CHAN).

The CHAN is a version of the African Cup of Nations (AFCON) but one that is reserved for players who ply their trade in Africa. Morocco became the first side to host and win the tournament.