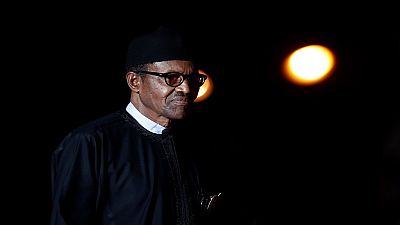 Nigeria has named its fifth commander in less than 2 years to lead the fight against the Boko Haram insurgency, the army said on Saturday, a move military sources say was related to continued attacks by Islamists.

The attacks could hurt President Muhammadu Buhari’s chances of re-election in Feb. 2019. He campaigned in 2015 vowing to end the insurgency but the conflict is entering its 10th year with attacks by Boko Haram and a group that splintered from it, the Islamic State in West Africa (ISWA).

Major General Abba Dikko, who in July took over command of Operation Lafiya Dole, has been replaced as the head of that operation by Major General Benson Akinroluyo, the army said in an emailed statement that outlined dozens of redeployments.

Dikko has been moved to the Department of Civil Military Affairs to fill the position of chief of civil military affairs.

“The Nigerian Army has redeployed some of its officers from Operation Lafiya Dole, Operation Delta Safe, as well as over stayed officers from the theatre as part of routine posting,” the army said in the statement.

Two military officials, speaking on condition of anonymity, said he was redeployed because of attacks by Islamists since he took over.

Since July, when Dikko was appointed, dozens of Nigerian troops have been killed in battles with militants and ISWA killed two abducted aid workers.

Soldiers also staged a protest at an airport in September.

An army spokesman did not immediately respond to text messages and phone calls seeking further details on the decision to replace Dikko as the head of the fight against Islamists just months after he took the role.