He tweeted a short video clip on Friday evening with the word, “Retirement???” the 36-second video which is actually a clip from the movie Wolf of Wall Street, had its main actor saying “I’m not leaving … the show goes on, this is my home…” the actor added to much cheers and applause by his audience.

It remains to be seen whether Drogba is talking about staying in the game as an active player or in another capacity.

Reports this week said he had effectively hanged his boots and ended his glittering footballing career in defeat. A club he owns shares in, the Phoenix Rising, lost to Louisville City in the USL Cup final.

Drogba led out the Rising for what was to be his swansong in the final of U.S. football’s second tier.

However, a second-half goal from Louisville’s Luke Spencer meant the Ivorian did not get to bow out with one last title.

The defeat marks the end of Drogba’s trophy-filled career, which was topped by scoring the equalising goal and deciding penalty in Chelsea’s 2012 Champions League triumph.

Drogba announced his plans to retire back in March, calling an end to a career that has also seen spells at Le Mans, Marseille, Shanghai Shenhua, Galatasaray and the Montreal Impact. 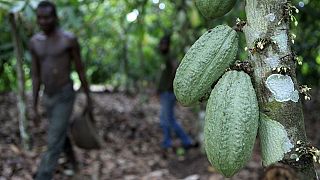