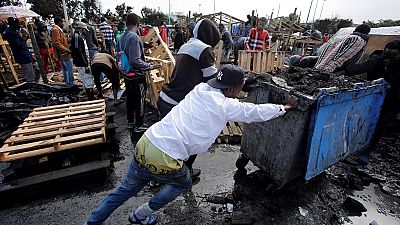 African migrants who lost the little they have to fire in an inhumane camp in Morocco’s second largest city, Casablanca are rebuilding the camp.

The tents and belongings of nearly one thousand migrants were destroyed by a fire in Casablanca late on Saturday, October 27. This is the third fire outbreak at the camp since July 2017 and it is unclear how it started.

On Monday, October 29, James from Sierra Leone and his camp neighbors began clearing debris, sawing and nailing wooden frames as they started to rebuild the area which last week housed 300 plastic tents.

Those who don't understand cannot judge, those who judge cannot understand because of the way we are living, at times we are in the streets begging, so people see that. We don't want to beg

‘‘Well, this is the place we live in, truly it’s not easy for us, but we are just fighting for our home, our place and prosperity. And to the power of God, God will make us succeed in our journey, it’s not really easy for us but we try truly ourselves living in this place”, James said.

These migrants are among some 6,000 Africans that were moved by the Moroccan government from the northern city of Tangier and a nearby forest to the country’s south. The move is an attempt to stop them crossing over to Spain.

Officials claim it is a crackdown on illegal trafficking networks, but rights groups have called it forced displacement. 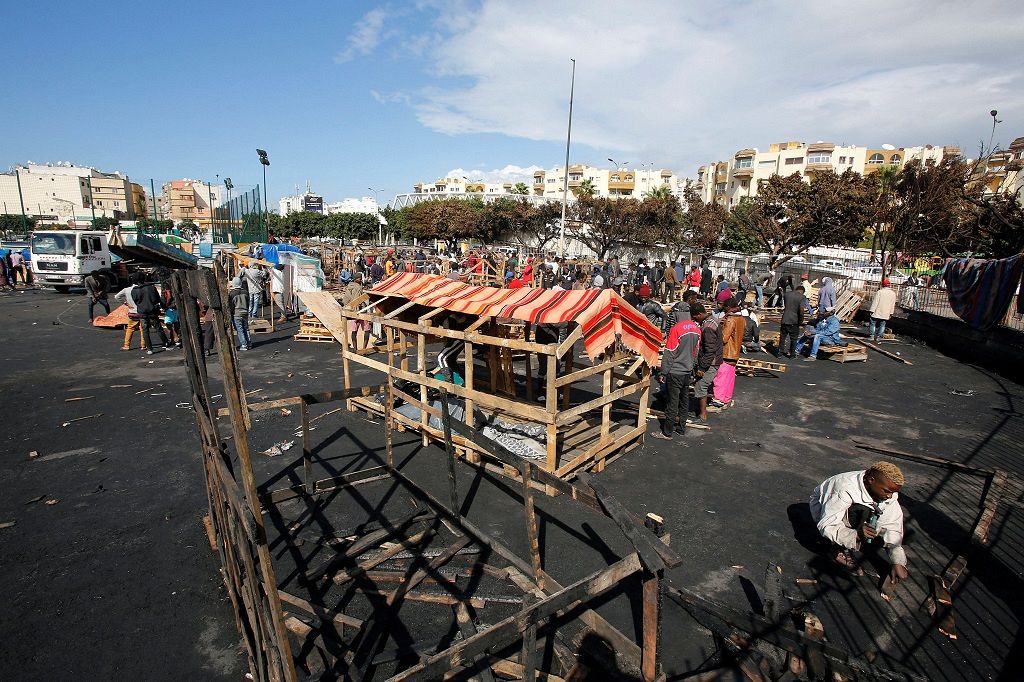 James, who did not give his last name, said he is determined to reach his destination, Europe.

‘‘We survive by God’s will, in Salam (charity), after that we live our lives. When people give us money, truly it’s not easy, but we thank God because of life. Those who don’t understand cannot judge, those who judge cannot understand because of the way we are living, at times we are in the streets begging, so people see that. We don’t want to beg, he said.

When asked by a Reuters journalist if he plans to stay long, he said ‘‘no stay, my plan is to break (from) my camp and go to Europe, and God will lead me to my destination.”

James arrived in Morocco from Sierra Leone nine months ago after he crossed from Algeria.

Morocco to Spain has become the gateway to Europe for many African migrants after Italy closed its doors to most asylum-seekers who were entering via Libya.

Others pay smugglers to get them across the 14 km (9 miles) of sea to Spain.

But until the funds are raised, a temporary home in Casablanca needs to be rebuilt.