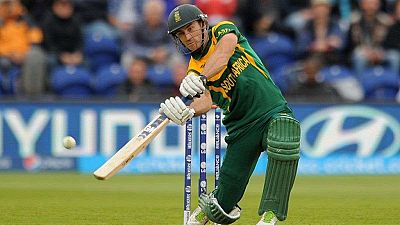 South Africa will not use the ball-tampering scandal which plunged Australian cricket into disgrace earlier this year as a means of winding up the hosts in the upcoming limited overs series, Proteas captain Faf du Plessis said on Friday.

Australian skipper Steve Smith, vice-captain David Warner and batsman Cameron Bancroft were all handed lengthy bans for their roles in the scandal during the third test in Cape Town in March.

It's got nothing to do with the cricket - it's in the past.

“I don’t think us as a team would go there,” du Plessis told reporters in Perth after the team arrived for the series, which starts next month and features three one-dayers and one Twenty20 match.

“It’s got nothing to do with the cricket – it’s in the past.

“In terms of what happened in Newlands, that’s in the past for us. For us, it’s business as usual.”

Du Plessis said the tour of Australia would give some of the younger members of his side the opportunity to push for places in the squad for next year’s one-day World Cup in England.

It would also give them a taste of playing in a hostile atmosphere, which will stand them in good stead, he added.

“I just go back to Adelaide when I walked out to bat in that night test match and there were 60,000 people booing,” du Plessis said of the match two years ago.

“That’s what makes home teams so challenging to tour – when you get to a place where the crowd is intimidating.

“That’s something that youngsters will take a great deal of learning from. It tests your character. And if you get through it, you show yourself more than anyone else what you’re capable of.

“I’m hoping that it’s there for us as a team just to get used to that difference, especially when you go to a World Cup.”