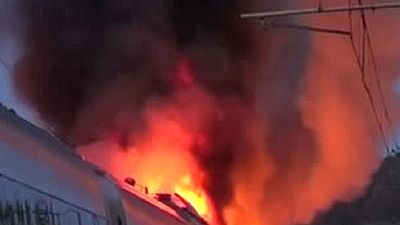 Disaster management units in Kenya’s capital Nairobi, are trying to put out a fire at the Jomo Kenyatta International Airport (JKIA), privately-owned Standard Newspaper said on its website.

The cause of the fire which broke out at a fuel depot of Kenya’s Pipeline Company on Monday afternoon is not yet known.

Airport officials said the fire has not caused any flight disruptions.

Only one lorry that was loading oil sediment at one of the oil terminals was affcted, according to the Inspector General of Police Joseph Boinnet.

He added that the fire was extinguished with no further damage reported.