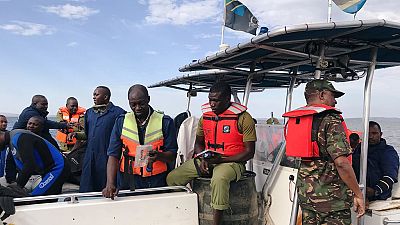 A statement released from State House, signed by the director of communications, Gerson Msigwa says Magufuli has dissolved the Sumatra board and revoked the appointment of its chair, John Ndunguru.

The ferry, MV Nyerere, sank on Thursday evening just a few metres from the dock on Ukerewe, the lake’s biggest island.

‘‘President Magufuli has made the decision following the capsizing of MV Nyerere which occured on September 20 and the trend of road accidents that have caused death, disability and damaged property,’‘ read part of the statement.

Similar action had been taken by the president on Sunday when he dissolved the Tanzania Electrical, Mechanical and Electronics Services Agency (Temesa) advisory board.

The definitive cause of the capsizing is not yet known but officials have said preliminary investigation shows the ferry was carrying more people than legally permitted.

Boat accidents on Lake Victoria, which is shared by the East African countries of Uganda, Tanzania and Kenya, are common often caused by lax safety laws, weak enforcement and old and poorly maintained vessels.

The president’s statement issued on Monday added that a probe committee, that will work with security organs to investigate the cause of the ferry sinking, would be unveiled by the prime minister Kassim Majaliwa.

“The government will form a special investigation commission of experts which will investigate the source of the accident and legal measures will be taken against all who were involved in causing the tragedy,” Kajaliwa said on Sunday.

At a burial of unidentified victims on Sunday at Ukara Island, where the MV Nyerere had been coming to dock on Thursday, the prime minister pledged that a memorial would be built on the island.

At least 219 bodies have been identified by relatives and 214 of the remains collected for burial.

A search and rescue team has been attempting to flip the ship, which is belly up in the waters, back to its normal position so it can be towed to the dock. General Venance Mabeyo, the head of the military, said this could take two to three days. 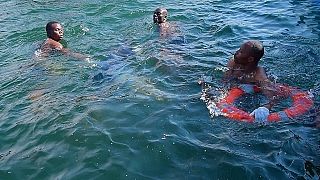 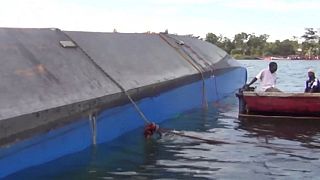 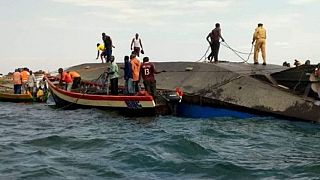