The death tool from a ferry accident in Tanzania has reached 136 and the number is expected to rise. Rescue operations resumed on Friday morning citing the country’s police chief.

- President Magufuli mourns the dead. – More than 40 pulled alive from the lake – Regional Police Commander said vessel may have been overloaded – Ferry was heading to Ukara Island from Ukara.

President John Magufuli on late Thursday sent his condolences to victims of the accident according to a statement from State House – the presidency.

A rescue operation is continuing after passenger ferry capsized in Lake Victoria on Thursday.

A government official told Reuters that up to 200 people are believed to have drowned, but so far (as at Thursday evening) only 42 have been confirmed dead.

TEMESA Spokeswoman Theresia Mwami said so far they had not established the exact number of passengers who were on board.The ferry capsized a few metres before docking, Mwami said.

While the ferry has a capacity of about 100 passengers, it was said to be carrying more than its capacity, in addition to cargo.

Only 32 rescued so far with reports that as between 400 and 500 passengers were on the Tanzanian ferry MV Nyerere which capsized on Lake Victoria.

Mwami said the ferry did not have any mechanical problems because TEMESA had carried out heavy maintenance on it in recent months including overhauling two engines.

In 2012, at least 145 people died in a ferry disaster in the semi-autonomous archipelago of Zanzibar in the Indian Ocean, on a vessel that was overcrowded. 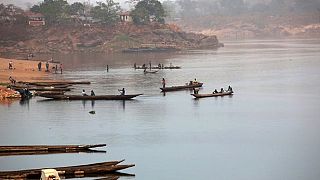 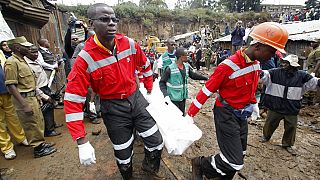