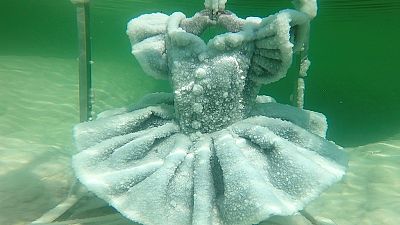 The Dead Sea located in the Jordan rift valley in Israel attracts a day visit for curious explorers.

However, it has attracted the creativity of a 49 year old Israeli artist, Sigalit Landau who has used the high salinity that makes aquatic life in the Dead Sea impossible, to create a collection of “frozen” sculptures that seem to come out of a fairy tale.

“The art I make right now in the Dead Sea, it’s sort of salt sculptures which are based on ‘ready mades’ and I choose my subjects going mainly by memories and materials which I’m attracted to but also that the sea really likes”, Landau said.

The idea was by chance but everywhere you look here, you'll see crystal and formations naturally; they happen spontaneously, so it's an interaction between nature and the art.

A ballerina’s tutu, submerged in the Dead Sea and “frozen” by accumulated layers of salt into a 200 kg crystal-like sculpture. 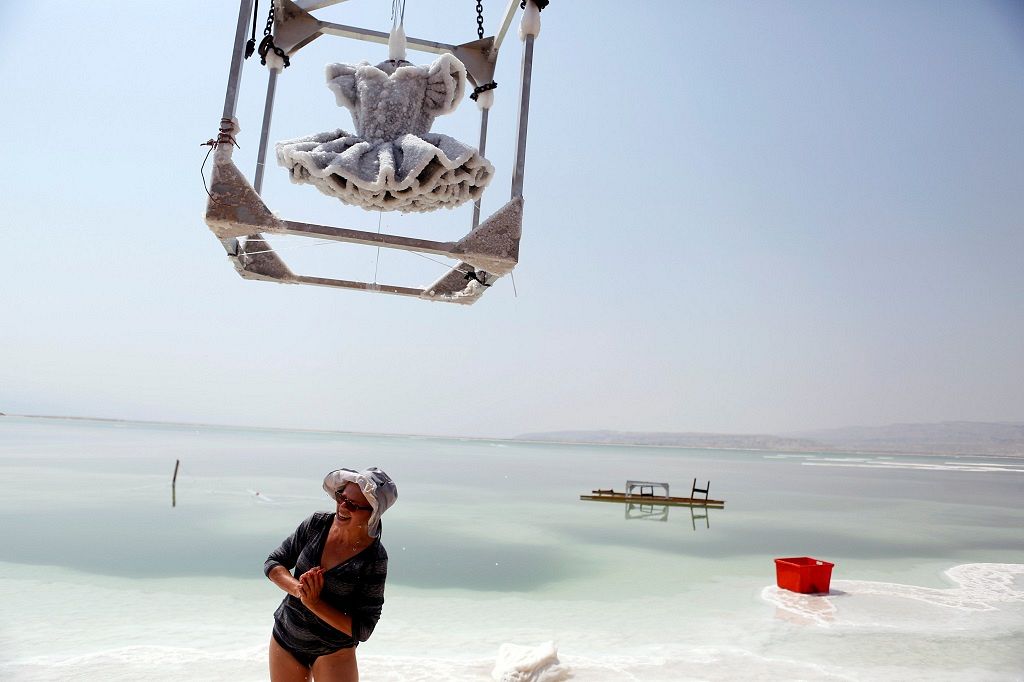 A dress resembling a ballet dancer’s costume, shoes,pots and musical instruments glittering with the salt crystals are all part of the collections.

Landau and her team secure their submerged objects with metal frames, weights and strong cords.

“I’m living with the sea every summer and it’s a phenomena that happens kind of annually and it’s become like a ritual and so yes, the idea was by chance but everywhere you look here, you’ll see crystal and formations naturally; they happen spontaneously, so it’s an interaction between nature and the art”, she added. 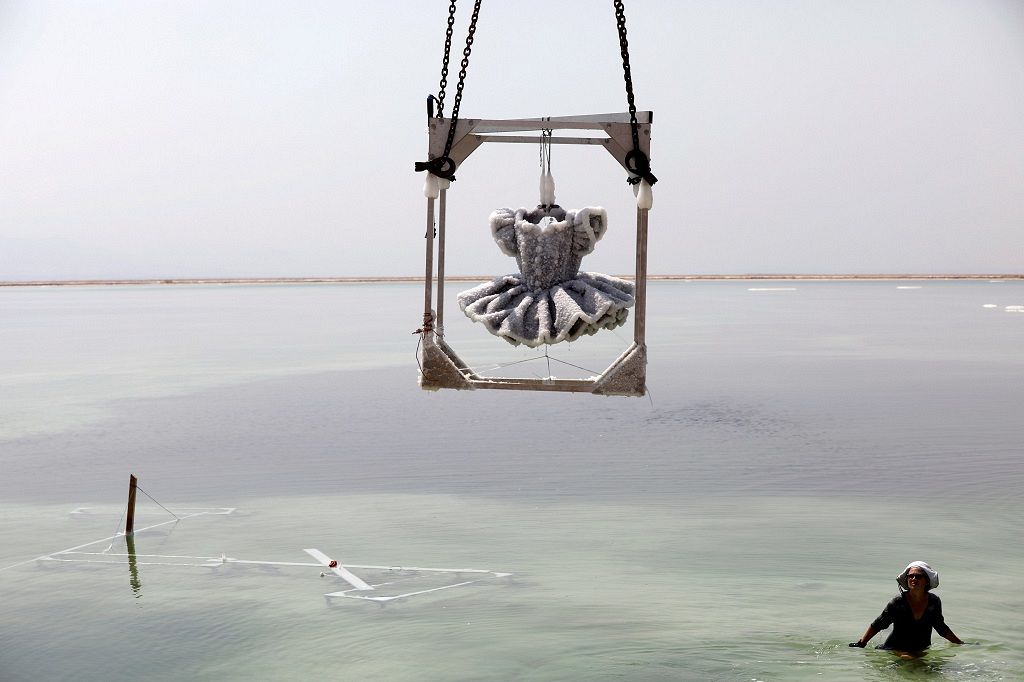 The Jerusalem-born artist and her team regularly document the process before and after the items are extracted, either by hand or by crane, and then brought to a nearby hanger where a collection of sculptures is preserved.

Landau has been creating the sculptures for the past 15 years at the Dead Sea, a site that has been popular for millennial among health seekers and tourists who come to float in its mineral-rich waters.

These collections will soon go on international display, part of a unique artistic project at the lowest point on the planet.

Her new works will go on display in the Museum Der Moderne in Rupertinum in Austria next year.