Many Congolese are waiting patiently for the decision of the Constitutional Court of the DRC following appeals by individuals whose presidential candidacies have been rejected by the Independent National Electoral Commission.

According to spokesperson for Emmanuel Ramazani, Constant Mutamba, several candidates did not respect the legal conditions.

Those whose applications were rejected by the election commission as a result of not meeting certain legal conditions should not be considered political cases. This is not about politics; it is about the law.

“Those whose applications were rejected by the election commission as a result of not meeting certain legal conditions should not be considered political cases. This is not about politics; it is about the law. There are candidates who have been declared inadmissible simply because they have acquired foreign nationalities. It should also be noted that Article 10 of our Constitution lays down the principle of the uniqueness and exclusivity of Congolese nationality’‘, said Constant Mutamba.

The lawyer also explained the issue of dual nationality.

“Article 26 of the Congolese Nationality Act of November 2004 establishes the principle of automatic loss of Congolese nationality, it clearly states that a Congolese who acquires a foreign nationality automatically loses his Congolese citizenship”, said spokesman for Emmanuel Ramazani, Constant Mutamba.

The December 23 election is considered crucial for the Democratic Republic of Congo.

The party that is able to win enough votes in the North, South, West, East and the Centre of the DRC will emerge victorious in the poll.

The Common Front for Congo also welcomed Joseph Kabila’s decision to withdraw from the race after two consecutive terms as president of the country.

His withdrawal has been welcomed as a positive step in DR Congo’s democratic path. 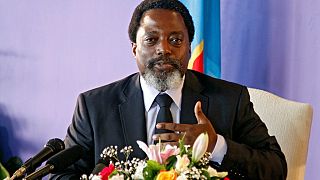