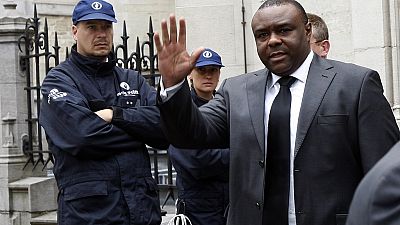 Congolese opposition leader and former warlord Jean-Pierre Bemba, whose war crimes convictions were quashed in May, will return to the country next week to submit his candidacy for president, a party official said on Monday.

His homecoming after serving a decade in prison at The Hague could dramatically shake up Congolese politics ahead of December’s long-delayed election, which is meant to choose a successor to Joseph Kabila.

Kabila, who has governed since 2001, has refused to commit to stepping down despite his two-term mandate expiring in 2016. Allies in his ruling coalition have in recent weeks advanced a legal argument they say would justify his candidacy.

Bemba finished runner-up to Kabila in the 2006 election and commands a large and loyal following in western Congo. Despite still being in prison at the time, Bemba came third in a rare nationwide opinion poll in March behind two other opposition leaders.

“He is going to return on Aug. 1,” the secretary-general of his Movement for the Liberation of Congo (MLC) party, Eve Bazaiba, told Reuters. “Everything is in order.”

Bazaiba said that Bemba planned to file his candidacy with the national electoral commission while in Kinshasa. The registration period opens this Wednesday and runs through Aug. 8.

The ICC quashed Bemba’s convictions in May related to murder, rape and pillage by fighters he sent to Central African Republic to back the country’s then-president Ange-Felix Patasse. An appeals court ruled that Bemba could not be held personally responsible for those crimes.

Bemba was one of only four people convicted by the permanent war crimes court in its 16 years of operation, and the highest ranking among them.

Kabila’s government moved quickly to provide Bemba a passport after his release from prison last month but has offered mixed messages about whether he might face further criminal prosecution or be allowed to contest the presidential election.

He still faces sentencing for a witness tampering charge by the ICC but has likely already served enough prison time for that.