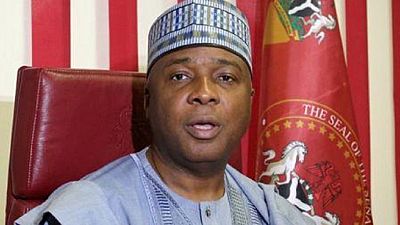 Nigeria’s Supreme Court on Friday dismissed all outstanding charges against the Senate president related to alleged false declarations of assets, his spokesman said.

Bukola Saraki, one of the country’s most powerful politicians, has been dogged by accusations of misconduct and investigations since he became president of the upper house of parliament in 2015, though none have led to convictions.

The original charges related to allegations that Saraki had falsely declared his assets when he was a state governor from 2003 to 2011, to which he had pleaded not guilty. A Code of Conduct Tribunal cleared him of the charges in June 2017, saying the case against him lacked substance.

Supreme Court upholds the appeal of the senate president Dr Abubakar Bukola Saraki and held that he has no case to answer before the CCT.

‘No case to answer’

The Supreme Court on Friday upheld his appeal against a decision in December last year that he should still face three charges.

“Supreme Court upholds the appeal of the senate president Dr Abubakar Bukola Saraki and held that he has no case to answer before the CCT,” said a spokesman in a text message.

Saraki ran unopposed for the post of Senate president, mainly with the support of the opposition. He was not the ruling party’s preferred candidate, which led to strains in his relationship with President Muhammadu Buhari.

He has been the subject of numerous legal cases and accusations since taking office.
Nigerian police last month asked him to answer questions over allegations that he financed a criminal gang that carried out a spate of armed robberies. Saraki denied any involvement.