The arrests come the day after a separate commission appointed by President Julius Maada Bio alleged that corruption was “rampant” under his predecessor Ernest Koroma, including the theft of state property and the funneling of state contracts to officials’ relatives and close friends.

Representatives for Foh and Mansaray could not be immediately reached for comment. Anti-Corruption Commission (ACC) head Francis Ben Kaifala said both men would be released on bail on Thursday afternoon.

Koroma has not yet responded to the accusations in Wednesday’s report but his APC party dismissed it as a politically-motivated witch hunt.

Bio was in opposition but defeated a candidate from Koroma’s APC party in an election in March after campaigning to stamp out graft in a country whose economy was hit by an Ebola epidemic that peaked in 2014 and a slump in global commodity prices.

Bio pledged in May to follow through with campaign promises to review mining contracts and consider legislative changes to ensure that the country benefits from its reserves of diamonds, mineral sands and bauxite. 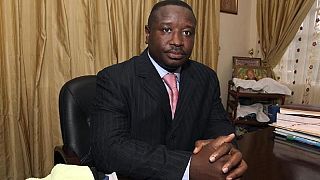 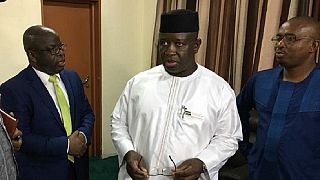