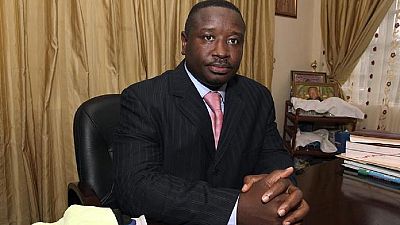 Corruption under former Sierra Leone President Ernest Koroma who stepped down in April took the economy to the brink of collapse, a report commissioned by President Julius Maada Bio said on Wednesday.

Authorities should set up a judicial commission to recover stolen state assets including buildings, land and hundreds of government vehicles, said the report by a 12-member team.

“Corruption is at a level that can destroy this nation,” Bio said after receiving the report in the capital Freetown.

Corruption is at a level that can destroy this nation.

“I consider the level of corruption that we have met as a national security issue.”

Bio was in opposition but defeated a candidate from Koroma’s APC party in an election in March after campaigning to stamp out graft in a country whose economy was hit by an Ebola epidemic that peaked in 2014 and a slump in global commodity prices.

“The Governance Transition Team has uncovered evidence of the former government facilitating the inappropriate acquisition of state’s assets and properties by relatives and close friends of the former president,” the report said.

“There is also evidence of inflated government contracts being inappropriately awarded to such relatives and friends,” it said, citing fiscal indiscipline as another problem.

Opposition yet to respond

APC secretary-general Osman Foday Yansaneh said he had not yet read the report and declined to comment. Koroma stepped down after serving two terms.

Newly-elected governments in West Africa sometimes accuse their predecessors of corruption. Those accused in turn say authorities use the judiciary for political ends.

The report recommended audits of the agencies in charge of telecommunications, energy and revenue and social security as well as the central bank and two state-owned commercial banks.

Bio pledged in May to follow through with campaign promises to review mining contracts and consider legislative changes to ensure that the country benefits from its reserves of diamonds, mineral sands and bauxite.