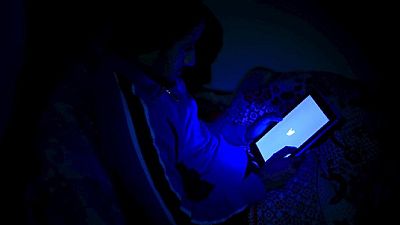 Uganda has imposed a levy on social media access which it says will fund public services but has been widely resisted as oppressive and aimed at curbing government criticism.

Facebook, Twitter, WhatsApp, YouTube, Skype, Google Hangouts, yahoo Messenger are among the many brands accessed via telecoms networks covered by the 200 shilling ($0.0517) per user per day tax to access over the top (OTT) services.

Deputy government spokesman Shaban Bantariza told Reuters that the new levy took effect at midnight on Saturday and said the levy was an appropriate source of much needed revenue.

This is a clear attempt to silence dissent, in the guise of raising government revenues.

Uganda has about 23.6 million mobile phone subscribers, 17 million of whom use the internet, the state-run Uganda Communications Commission says.

Biting government criticism on Facebook has in the past attracted the ire of officials and some critics have been charged over such posts.

Amnesty International called on Uganda to scap the tax, saying it robbed “many people of their right to freedom of expression, with a chilling effect on other human rights”.

“This is a clear attempt to silence dissent, in the guise of raising government revenues,” Amnesty said in a statement.

Telecom firms announced last week ahead of the introduction of the levy on July 1 that they would block all social media sites and only grant access upon a subscriber paying. Payment is done via telecom firms’ mobile money cash financial service.

Ugandans expressed their anger in local media, with some saying the tax curtailed their right to access information while others argued it amounted to double taxation because data used to access social media is already taxed.

Special Announcement:
Government’s decision to tax social media clearly showed that social media is not relevant to them and as we wait for further actions on stopping this #SocialMediaTax we are unfollowing all government social media accounts. Use #UnfollowGovt pic.twitter.com/e9h481Xjd7

Being in Uganda is so hurting. It’s like staying in a wrong relationship; you get cheated everyday. You pay your 200 to access oba OTT then buy data using MM you are also cheated, and you only find two people online. Thats when you will know how it hurts. #SocialMediaTax

I still can’t believe this absurd #SocialMediaTax on #OTT law is still going on in #Uganda even after all the uproar.
Besides what Ugaman01 and my other #AfricaTweetChat colleagues are doing, I look forward to seeing the reaction of UMS_Marketer
Keep fighting for #NetNeutrality

The opposition and other critics say the government of President Yoweri Museveni, 73, is failing to stem corruption and imposing new taxes to fund wasteful public spending.

“We already pay tax when we buy airtime and data,” Ingrid Turinawe, a senior official in the opposition Forum for Democratic Change (FDC) party told Reuters, adding that the tax was aimed at preventing people from accessing information about Museveni’s government.

Uganda’s largest telecom operator, a unit of South Africa’s MTN Group, did not respond to request for comment.