[Poll] Which players have been the most impressive at the World Cup? 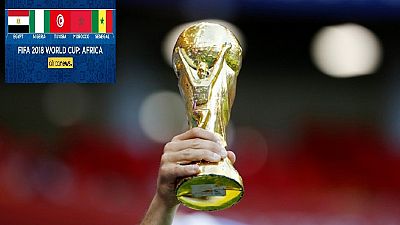 As the 2018 FIFA World Cup group stage comes to end this week, the participating teams have been halved to 16, following a thrilling opening to the campaign that saw 36 games played before a goalless encounter.

Nigeria were eliminated on Tuesday after losing 2-1 to Argentina.

Senegal was the only African team to win its opening game, beating Poland 2-1, before being held to a 2-2 draw by japan in its second game.

Five time World player of the year, Lionel Messi has struggled to lift his team Argentina, while his nemesis Cristiano Ronaldo is topping goal scoring charts with four goals.

England’s Harry Kane is however ahead of Cristiano with five goals following his hat-trick during a 6-1 drubbing of World Cup debutants Panama.

At the World Cup, players have the opportunity to seal their legendary status by leading their countries to glory, while the billions watching football’s greatest tournament can be the best opportunity for obscure players to launch their careers into stardom.

And so after 40 games played at the World Cup in Russia, we would like to know which players have impressed you so far.